How Do You Write? 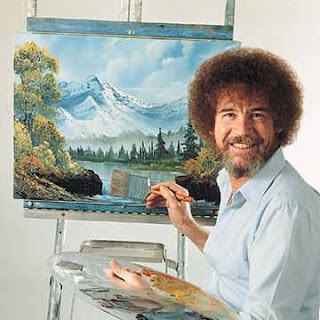 Because of my slow internet issues...which still haven't been resolved, I've gotten more writing done than usual. I've also realized that I actually have a method!!! It makes me feel so professional. :)

Someone once asked Stephen King how he wrote and Sai King replied, "One word at a time." So true and we writers must never forget it. I remember that quote when I beat myself up for only getting a measly 300 words in a day. I got 3K this weekend, though!

I've heard the terms "Pantser" and "Plotter" bandied about a lot in this wonderful online universe of writers. A "Pantser" is someone who literally writes at the seat of their pants, no outlines or anything that will give them a clue as to how the story will end. A "Plotter," as the name implies, plots out the story in advance, often with a detailed outline and character notes.

For the longest time I've wondered which one I am. I've decided that I'm both, and neither. I know it's an oxymoron but ya gotta realize this is coming from someone who loves to swim but hates to get wet. All that aside, I've realized that I write like I paint...except for some reason I can't write with music.

First I start with an idea. Maybe it's a vision of a scene, or maybe I hear an intriguing snatch of dialogue in my head. I'll then "sketch" that scene. But as Bob Ross would say, "That scene looks lonely. Let's add in more happy little scenes to keep it company."

The basic rules of a painting is you start lightly blocking in the basics, then you do what is called a wash, in which with lightly diluted paint, you tint in the colors and shapes. Then you start painting in this order : Background, Middle Ground, the Foreground, getting more and more detailed as you go along.

My "wash" is my rough draft. I don't write my scenes in order because I don't always know what happens between point C and K...or I have a vague idea but I don't see it clearly enough to do it justice. What I do then is separate those scenes with vague notes of what I think happens. When I return to those sections, I often discover that something completely different occurs and more scenes are born.

My first revision is my Background and Middle ground. I blend in the rough transitions and give more color to the characters and story. Then I send it off to my critique partners.

With their feedback, I can add the final details of the foreground. The subplots should be all smoothed out by now and the story and characters painted in sharp detail.

Then it's off to more art critics. "The 'nose' is all wrong," they may say, or "you need more shading here, and more highlighting there."

Shading and highlights can be a lot of fun. I think of shading as foreshadowing and darkening of the adverse parts of the story and highlighting as emphasizing positive aspects of the characters' relationships.

As you can tell, I really miss painting. How about you? How do you write?