Hey everyone! On Saturday I'll be at the booksigning, Spicy in Spokane with lots of books and swag.

There's also going to be a fabulous lunch AND dinner! You can get tickets for those, or just for the signing HERE.

You can also check out the Facebook group here!

I hope to see you there!
Posted by Brooklyn Ann at 1:55 PM No comments:

I've got a treat for you. I'm one of the sponsors of the Night Owl Reviews A TEA PARTY & BOOKS Scavenger Hunt.

During this event I'm going to help you find some great new books. Make sure to check my featured title, Wynter's Bite, out along the way.

Over 40 authors have come together to bring you this scavenger hunt event. Each has donated $25 towards prizes in the A Tea & Books Scavenger Hunt!

This is your opportunity to find out about some new books, new authors and to win awesome Amazon cards.

It's time to get into the bookish spirit. All Amazon cards will be purchased via the Amazon.com website. This contest is open worldwide. Void where prohibited.

I've never participated in one of these so, I'm excited!
Posted by Brooklyn Ann at 12:00 AM No comments:

Happy Valentine's Day, everyone!
I am so excited to announce that Wynter's Bite is here at last!
You can get it on:
Amazon
iBooks
Kobo
Nook
Google Play
This book was a ton of fun to write. The hero, Justus de Wynter was the villain in the previous book, HIS RUTHLESS BITE. But once I discovered that his motives were out of love, his book HAD to be next!
So far, the advanced reviews have been so wonderful that I am constantly blushing.
This one, over at Reading Between the Wines even has a giveaway!
In other happy news, another book reviewer has listed two of my books in her list of favorite couples! Klement and Katana from WITH VENGEANCE and Rafe and Cassandra from BITE AT FIRST SIGHT! Even cooler? She's having a big giveaway where you can win a $25 Amazon Gift Card and other goodies by voting on your favorite of her list.
Whichever couple gets the most votes gets their book featured for a whole year! I hardly ever win those sort of things, but if you want to head over there and vote for one of my couples, you'd be a darling! Go HERE to enter!
Now I think it's time for a giveaway of my own.

To win an e-copy of Wynter's Bite, simply leave a comment telling me your favorite jail-break/ escape story!

In the meantime, here's a never before read excerpt!

I Quit! And other News! 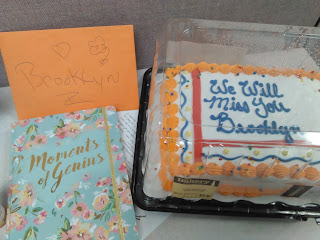 Don't worry, I didn't quit writing. I quit my day job. Today is my last day at a place that I affectionately referred to as the seventh circle of hell.


I took my job at a call center because I was jobless and homeless at the time and had no choice. Of course, when they'd originally put me in the sales and service department in what we know as "the loud floor," I didn't think I was going to make it. I have severe PTSD and crowds, loud noises, and yelling customers set me into a panic attack. Even after my doctor doubled my medication, my hair was falling out, I was vomiting constantly, and I had trouble breathing. One of the supervisors saw my plight and talked to another one, who brought me down to a more peaceful department where I was able to continue to pursue my career and gain success as a full time author.


Not only that, but this boss helped eliminate another big factor of my stress. He changed my schedule to accomodate my custody arrangement with my son, so I could spend as much time with him as possible.


Even better, my floor supervisors were also very patient and understanding when my anxiety was up and I wasn't at my best. The final blessing has been my coworkers. They humbled me with their kindness and make being in a cubicle bearable.

They are part of why I stayed so long. I have never in my life had such kind and awesome coworkers. Like Kaitlin who would bring me food and tea when I'd forget (or be too broke) to bring lunch, Linda, who made me an awesome kitty pen holder (it's at home on my desk), Merri, who gives me surprise Red Bull and spoils us all with doughnuts, Dena, who made me fantastic cookies, and Candy who brought me a farewell cake and gorgeous journal. And then they all almost made me cry with a lovely card you all signed. Oh and thank you to Summer for featuring my books in the company  Newsletter!


I am not leaving because I've become a mega bestseller (which was my original goal) but because I picked up a stay at home job where I can better work on my writing career.


But I am hella excited to get out of here and get more books written for you all to enjoy.


This actually relates to my day job rant. One of my coworkers told a friend about my books (the best way to help me!) and her friend is an artist and drew this amazing picture of Akasha from Wrenching Fate! (Free on Amazon and everywhere else ebooks are sold)


Well, first off, Wynter's Bite is releasing on Valentine's Day.

After that I'll be taking part in the Night Owl Reviews Scavenger hunt. (Details are on the home page on the right side)

Then in March I will be at the Spicy in Spokane book signing and convention. Tickets are only ten bucks if you want to come by and meet me!

﻿
Most importantly, I plan to get a lot more writing done. Next on my list is my next Brides of Prophecy book, and after that, more Hearts of Metal!

So be sure to stay tuned because I think this is going to be an exciting year!