Part II, Day 2
Jess woke me up so we could have breakfast with Lia Davis, Carrie Ann Ryan, Charity Hendry, and a couple other awesome people. I thought they meant down in the lobby... I also thought the table with the array of food was a free continental breakfast. So I had a delicious spinach and ricotta stuffed croissant. So when Jess and the others announced that we were ready to leave for lunch, I was all, "Huh? I thought we were eating breakfast here."

Oops. I'd thought it was free.

We went to a place called "Red Gravy." Here's some fun pics.

I was bummed to discover that the Red Gravy was only marina. Needless to say, it didn't go well with the biscuit I ordered. So I spent a lot of time ogling everyone else's plates. :)

After breakfast, Jess and I attended some publisher spotlights to see where the market is going. I was beyond delighted to discover that rock stars are IN! I ended up with a ton of requests for my rock star romance. While giddily bouncing around after that, I spent a little time socializing and meeting more people. I'd purposely brought books by authors I'd hoped to meet and was over the moon when I ran into Eloisa James outside the elevator. She cheerfully signed my worn out copy of POTENT PLEASURES and gave me a hug and a kiss on the cheek! Jess hauled my gasping fan-girl ass back to our room so we could get ready for lunch.

Jess and I had another visit to Daisy Dukes and OF COURSE I ordered the New Orleans sampler. I had shrimp n' grits, crawfish etouffee, red bean & rice, gumbo, and a biscuit. We hung out a bit with Amy Ruttan and visited with Shoshanna Evers and Jess's associate editor, Peter Senftleben and then went to a corner store and a shoe store. I found my hard cider!!! Alas, I also had to get a bottle opener. I had the choice of one that looked like a beer mug or one that looked like a naked lady. I went for the beer mug.
We got all gussied up for the Kensington party, where Jess had a table with really nifty crystal balls showing her book cover. I ran around and visited with a bunch of other authors and readers while Jess interacted with her fans. Damn, there were some cool people!
After the party, everyone lined up for the pub crawl. Jess, Charity, and I took one look at the line and changed our minds. Instead, we sipped hard cider in our room. Then poor Jess had a sore throat so she went to bed early so she could speak at her next event. I wandered down to the Samhain party, which was off the hook.

Then there was this other awesome chick dressed up as Mallificent!

Then I ran into this awesome lady all decked out old southern style. She turned out to be Cynthia D'Alba and her swag was the best: MATCHES. 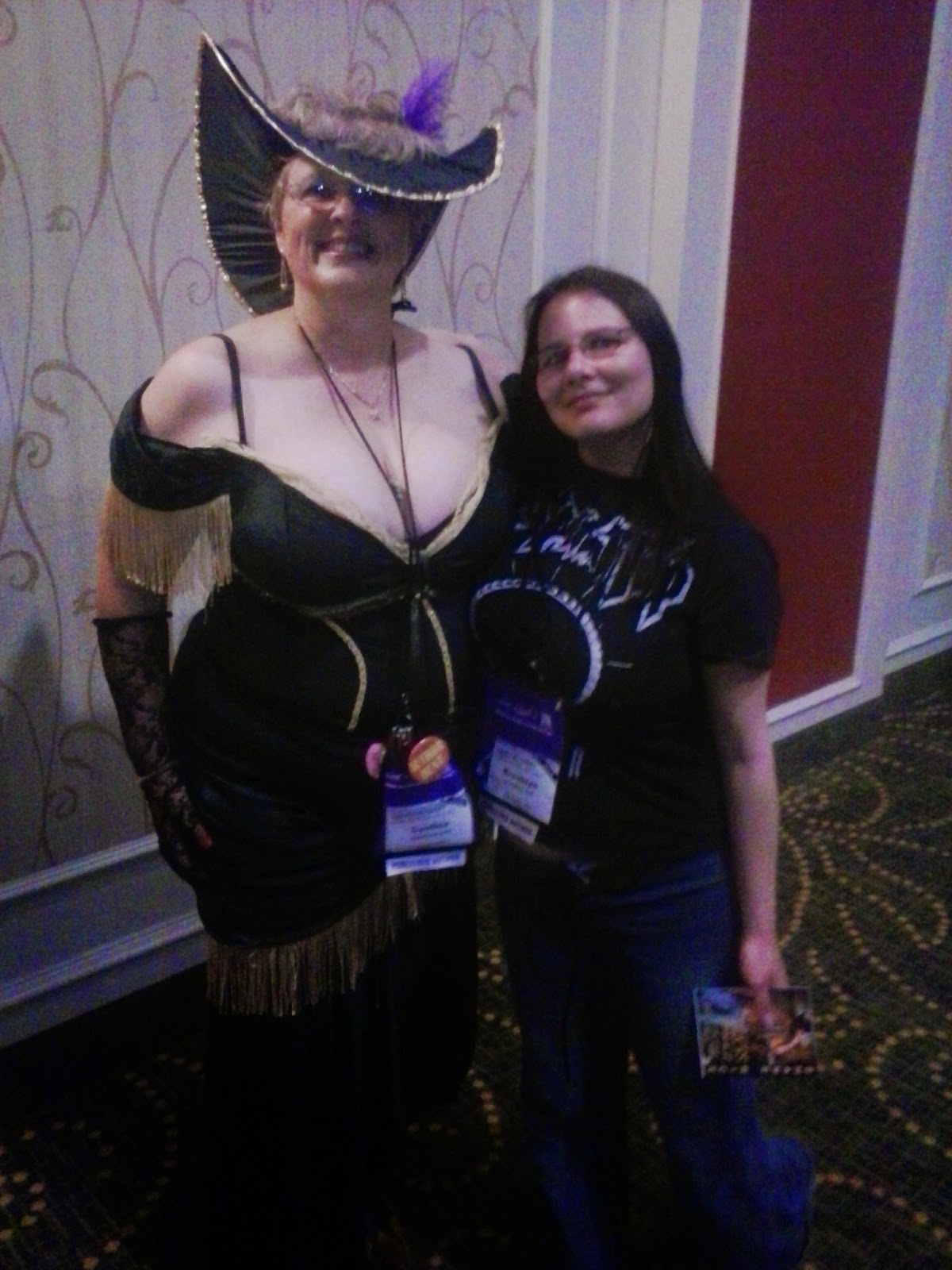 Anyway, Cynthia was a total darling and insisted that I have a picture taken with her cowboy cover model, who happened to be from Spokane, Washington which is the town next to Coeur d'Alene, Idaho, my stomping ground. Between our impromptu photoshoot, we had a good giggle about how real northwest cowboys don't look or speak like media cowboys. I grew up on a cattle farm. We drove the cows with tractors, never rode horses, never wore cowboy hats, wore T-shirts, beanies, jeans and workboots (Oh shit, we looked like Nirvana!) and sounded like CBS newscasters.

Still, it was good times. 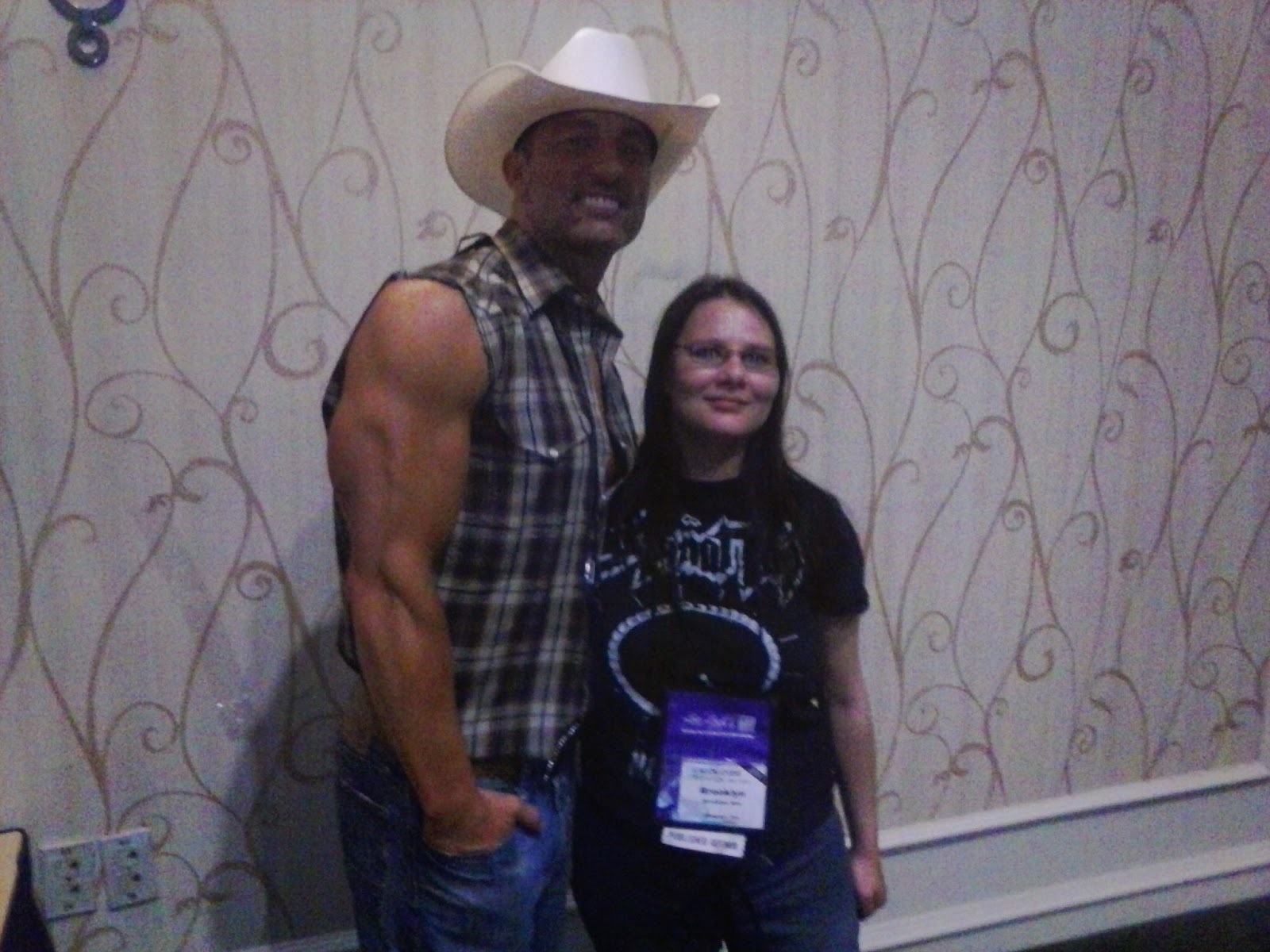 I also spent a lot of time in the smoking area out front and met some awesome Texan booksellers who had a HAUNTED bookstore. I wish I would have gotten pictures of them. I loved the smoking area. I met a ton of cool people and it was quiet enough to carry on conversations. Quiet is more my pace.
I ended the night by going on a pizza run with cover model DeLonn Donovan and a publicist. I can't remember her name, but DeLonn is easy because apparently he's everywhere and a total sweetie!

After the pizza run, I was dead on my feet and shambled back to my room and promptly fell asleep, dreaming of my own personal romance hero. 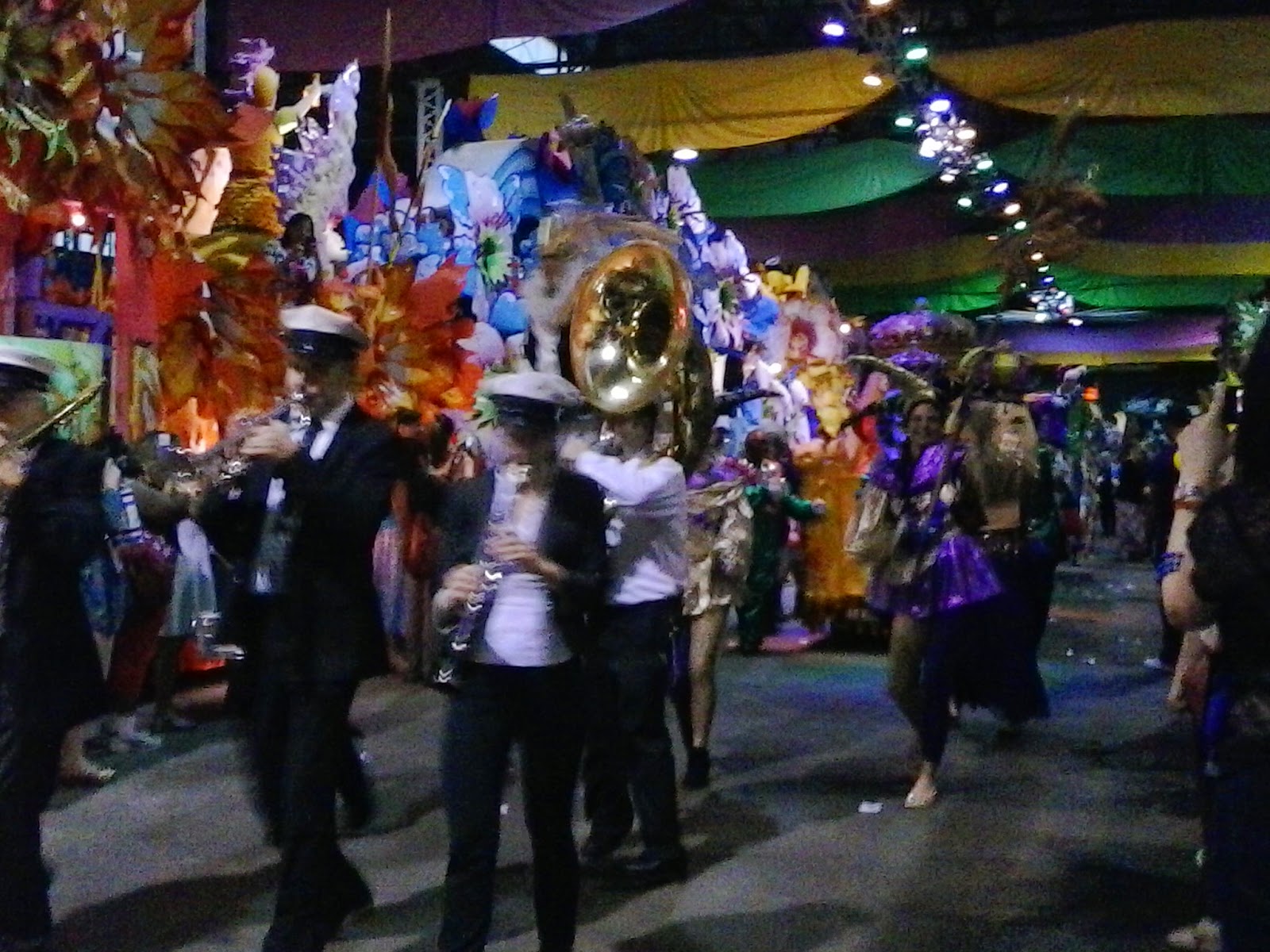 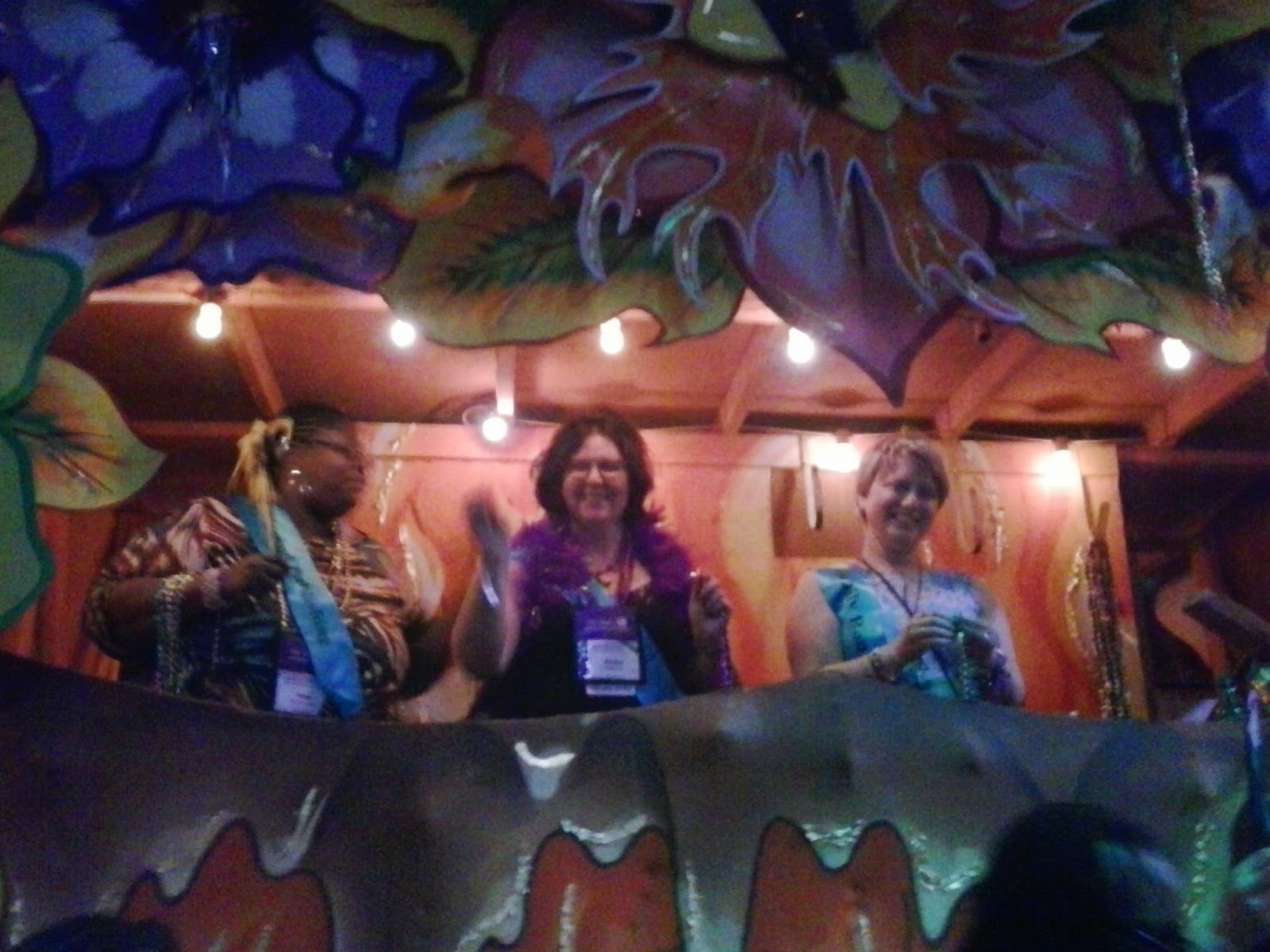 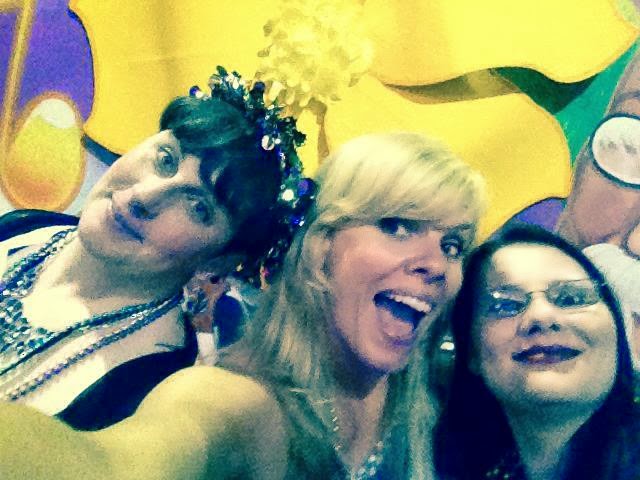