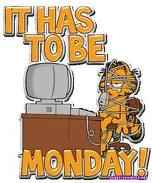 I'm one of those strange people who actually enjoys editing and revising...for the first few rounds anyway. I don't edit much during the rough draft, except for correcting typos because they drive me crazy.

At first I follow Stephen King's advice and put it away for a month or so and work on something else. I think everyone should do this since it REALLY helps a ton. Problems become glaringly obvious, yet easy to fix. This revision is the most fun. However, the project is still a "darling" so lots of things get missed.

I then send the revised-but-still-has-problems draft to at least 4 crit buddies and let them rip it to shreds. I get the most valuable help at this stage and have the most fun. If all four say something doesn't work, out it goes. If two out of four say so, then I need to make some adjustments to tone down the issue, or at least clarify it. Quite often I will make a change based on one suggestion because it feels right.

This is when I feel most optimistic about the book and this is when I used to start querying. Not anymore. Someone once referred to revising as moving furniture. They leave scuff marks on the rug. She was right. From roughened transitions to typos, there can be problems. Not only that, but sometimes the right changes weren't made.

So I send it to more crit partners to see how the changes worked. Often they'll point out things the others missed. This is when I begin to be unsure of my story because the feedback is more subjective. Should I really change this scene or character arc when it didn't bother my first batch of readers? And oh, I just got an idea for a new scene, but will it help or harm the story? But...what if the whole story is crap? Should I just give up?

Eventually, I get through the doubts and end up with a polished manuscript that is stronger than ever. Hopefully then it is ready to query.

How do you go about revisions? At what point do they have you tearing at your hair and cursing yourself for ever daring to write the book?
Posted by Brooklyn Ann at 6:00 AM