It's time for my annual recap of my year!

I attended my local RWA meeting where my wonderful author friend, Bonnie R. Paulson gave a talk on setting goals. This directly helped me recovered from the horrible bout of Writer's Block that I had for most of 2014. I cannot thank her enough. So yeah, I spent January WRITING!!

I had a ton of Dental work done which made me too doped up on pain meds to write as much, so I devoted a lot of time doing cover art.

I also officially hung my shingle for my editing business, Grammar Smith Editing Services. I'd been paid for editing work since 2013, but I didn't have a website or anything.

I attended my RWA chapter's first conference, Power of the Pen.

I pitched my heavy metal romance novel and ended up getting an agent AND a 3 book deal with Boroughs Publishing. 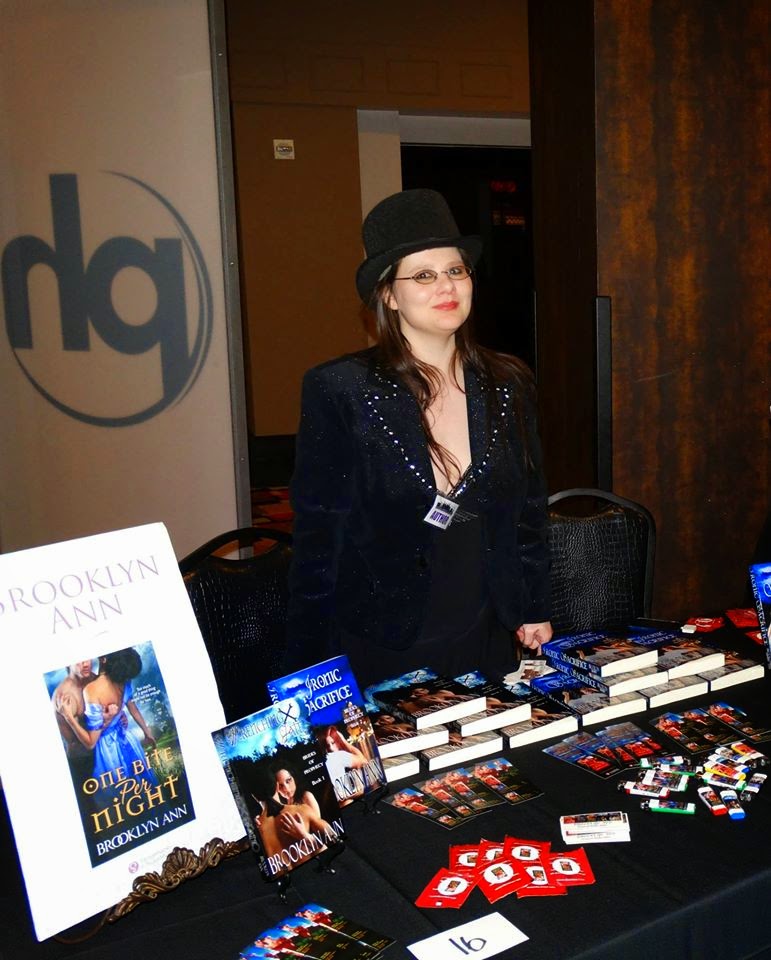 I attended The Novel Experience convention in Las Vegas. My boyfriend drove us there and man, we had such an insane time that it took Three Blog Posts to recap it. It was the first convention I attended as an official author and it blew my mind when readers directly sought me out for my autograph. Incredible!

Then Bite At First Sight (Scandals with Bite Book 3) released and I had one of the best signings ever!

I did a ton of writing and work on a book cover for a short story.

I did a lot more writing, some work on my Datsun, and released a short Brides of Prophecy Prequel, Tesemini, which I'm going to put back up for free next week. 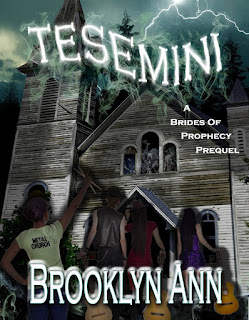 I finished the cover for Conjuring Destiny and finished writing Hearts of Metal book 2. The whole Northwest was on fire, which totally ruined summer.

The Northwest was STILL on fire.
But I managed to finish the rough draft of Conjuring Destiny
And my heavy metal romance, Kissing Vicious released!

That month was revision hell for Conjuring Destiny and Hearts of Metal 2. I also started Hearts of Metal 3 (Sort of.) That one was already written but I had to completely rewrite the middle. I also came up with the insane idea to make a quilt for my boyfriend for Christmas.

I also finally gave in and started a Newsletter!

Not a great start as my beloved laptop died. Luckily since it was 6 years old I was prepared and had money saved for it. However, I'd lost a ton of important files, including the master photoshop file of the cover for Conjuring Destiny.

However I had other image files and was able to piece together the cover and I had my most successful release ever!

I also got started painting squares for the quilt.


And I finished Hearts of Metal Book 3

I was in Editing Hell with a ton of client manuscripts. But damn I needed the money.
I also progressed further on the quilt and got all of my squares painted. Then my awesome grandma started sewing it. 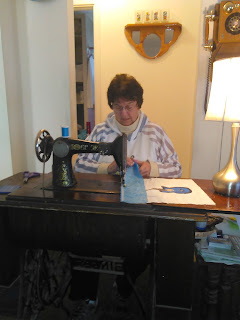 And I also did a scratch board of a wolf for my aunt: 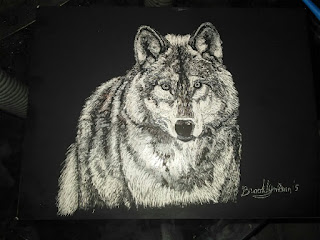 Thanks to getting my shopping done early I didn't have as much holiday stress as usual. I did a dragon for my son and my grandma and I finished the quilt. 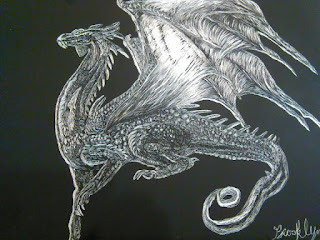 My boyfriend LOVE the quilt: 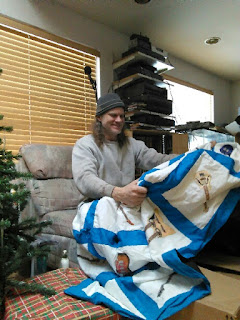 And it fit on his bed! 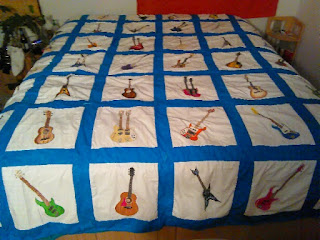 I also got over 1/3rd of the way done Scandals with Bite Book 4 and got started on the cover.

So for 2015 I had three books release and one short story. I wrote three and 1/3rd novels... and made a quilt.

And guess what? 2016 is going to be even busier. Stay tuned for my goals and plans!