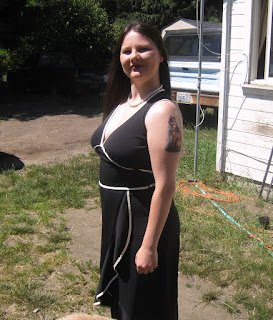 Back in January I made a list of goals for the year. Goals, not Resolutions: Many of us do that in January, but how often are we keeping track of them by late July? Let's see how I'm doing.

1.) Get the first two books in my BRIDES OF PROPHECY series polished enough for my agent and then ready for her to submit to publishers.


Well, I don't have the agent anymore, but I do have both novels nearly polished to my satisfaction. A few more touches (Razvan isn't smoking his pipe in book 1) and it'll be ready to go.


W00T I did this! So far, I've completed a short story and a novella and I'm now working on book 3 of my BRIDES OF PROPHECY series.


3.)Blog at least twice a week
So far I'm doing pretty good with this. I think there was a week or 2 in there with only one post, but life happens.


4.) Have at least one awesome guest author every month


Damn, I'm not doing too well with this one. I think because my writing is interrupting with my networking but I do have a week slated in September for some awesome authors. :)


7.) Keep the house clean and organized.


Utter and complete FAIL! But that's just how I am. Maybe when the kids move out...


Ehhh, I think I've lost about 10 lbs...it's hard to tell. Don't marry an Italian, especially one who cooks. That is all.


9.) Learn how to use a sewing machine to make/ repair clothes.


Nope, nothing there. It was my husband's idea, but since he's now moved on to making bamboo fishing rods, I think it's a lost cause.


10.) Keep my marriage healthy, happy, and full of passion.


I think we're doing good there!


I dunno...but at least I haven't become a worse one. 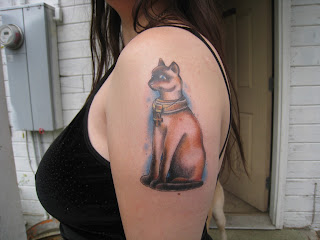 It's almost done healing and it itches like crazy.


How are you doing on your goals for the year? Successes, failures?
Posted by Brooklyn Ann at 12:04 PM