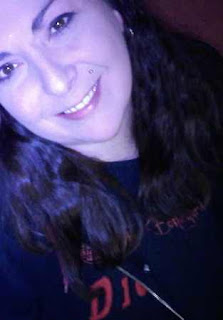 Normally, you would find a kick-ass heroine in urban fantasy novels. She's tough, abrasive, and somehow holds it all together even if her world starts falling apart. However, with those qualities, how do you, the writer, make her sympathetic for the reader? The reader needs to be able to relate to your heroine. She can't be tough all the time, right? Maybe, maybe not. But then, you don't want her to end up all whiny either. I had a character do that once and I'm now rewriting the entire book and a half because that just doesn't work for a thirteen book series. In fact, Carrie Vaughn has an awesome three-part post about this topic: The Formula, When Things Go Wrong, and Deconstructing Urban Fantasy. It helped me out a lot with that particular novel, which won't be ready for some time.
But what about romance novels? Should the heroine be so tough or strong? I think so.
In my latest novel, Nemesis, my main character (MC) Nemy is a kick-ass type of heroine. She was raised as an Italian mafia princess because she's the only daughter of the current Don, with two older and two younger brothers. You could say she gained some of her toughness because of her brothers. But Nemy has a strong personality. She rebelled against her father at a young age, and has driven him nuts ever since by not being the perfect little Catholic girl.
Heroines need to be strong, yes, but we need to know what makes them strong, and that involves delving into their psyche. Sometimes that is done through memories or reactions, or even emotions. Nemy talks about two separate incidents in her novel that affected her life in different ways. One has to do with a bird and her youngest brother; the other has her witnessing a murder or hit at a very young age. Both incidents have helped shape her into the woman she is today.
Heartbreak has also helped mold her.
Nemy is a tattooed bartender, at a gentleman's club, and while she's looking for her Prince Charming, she honestly doesn't believe he exists because she's gone through two of them already. However, she doesn't realize her prince is right under her nose, and she fights her feelings for him for a good part of the book.
It is my hope that Nemy's past and present experiences, along with her friends' struggles, will relate to the reader. I have a seven-book series planned, and each girl mentioned in the book—Nemy's close friends—will have her own novel. Nemy's friends are a diverse group—each one strong in her own way—and every one of them has her own story to tell that I believe the readers can relate to.
It is through these stories, which involve real life experiences we all go through in one way or another, that will help the reader relate to the character. No character can be perfect. They must feel emotion, have flaws, and make mistakes. Otherwise, the reader won't care about them, and that's certainly not something you want to have happen with your novel. 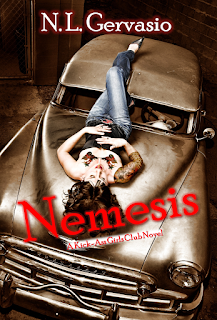 Nemesis:
Prince Charming was a putz.

After the last prince ran off without any notice, breaking her heart and their engagement along the way, Nemesis Mussolini swore off men and passed the time kicking ass and slinging drinks, something her mafia father would never approve of. But, when her boss Clancy ups his flirtations, it's difficult to remember she's not interested, especially when he gets that delicious evil glint in his eye that has her melting. Just when Nemy starts to think all men might not be bad, she hears whispers about Clancy's less than legal past, and wants to run like hell from the idea that he could be just like her father.
Great . . . Prince Charming number three may possibly be on FBI's Most Wanted.

While Nemy and Clancy tumble down the romance road, hitting potholes every step of the way, Nemy discovers how much of her heart already belongs to Clancy, and how much of a Don's daughter she really is. When Clancy's daughter is kidnapped, they must work together to use every talent and connection they have to get her back, which means Nemy must learn to trust again. If they fail, Clancy could lose his daughter forever. Can Nemy surrender in time to get her happily ever after, or is she hell-bent on letting her past keep her from the one man who could be her true Prince Charming?
Nemesis is available on June 13th and can be purchased at Running Ink Press
You can check out the first chapter here.
N.L. "Jinxie" Gervasio was born on Friday the thirteenth. Her dad wanted to call her Jinx. Her mom said no. It took thirty-four years for her to discover the nickname, and she's grown quite attached to it. She lives in Tempe, Arizona with Umi (her mother) and Moon (her Alaskan malamute). She enjoys riding her beach cruiser "The Betty" around downtown Tempe, loves a good pub crawl, and has had the pleasure and the heartache of experiencing a love far greater than she could have ever imagined.
She welcomes you to her world.
Posted by Brooklyn Ann at 8:37 AM