Eye Candy to Improve Your Monday

Sigh. It's Monday already, so I thought I'd give us all something good to look at. As you know, due to my current project, I've had rock stars on the brain. It's been a very nostalgic time, researching and remembering my old teen crushes. My practical side eventually won through as my childhood ended. I could never date a musician. I'm too dedicated to my own personal goals...and I'm crazy jealous. But now that I'm working with fictional rock stars, I'm remembering the old charms of the real ones. So let's bring on the eye candy!
PETER STEELE (TYPE O'NEGATIVE)
He once posed nude for Playgirl. Alas, he died a few years back. 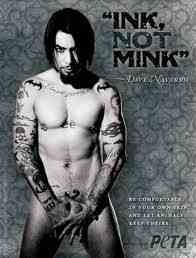 JON BON JOVI
I added him 'cuz my crit buddy mentioned him, but he was more my mom's crush than mine. :) 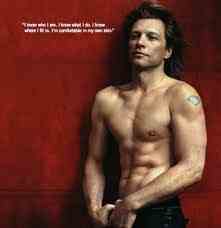 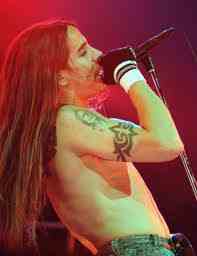 DAVE MUSTAINE (MEGADETH)
Lead singer of my most favorite band ever! ... and one of the few blonde guys I find sexy. 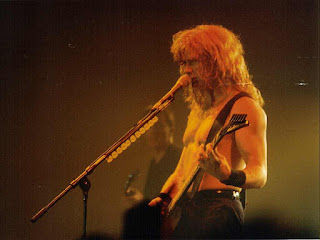 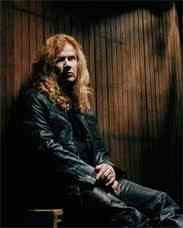 TRENT REZNOR: (NINE INCH NAILS)
I think I obsessed over this guy for half my adolescence. He wrote some of the best break-up songs ever... Hey, he kinda looks like my vampire character, Razvan! 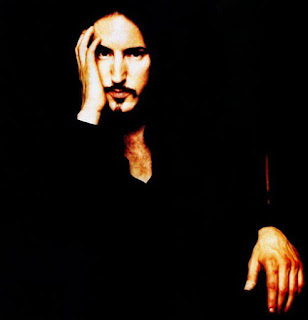 JIM MORRISON: (THE DOORS)
Because I can't blog about hot rock stars without including him. Look at that face! 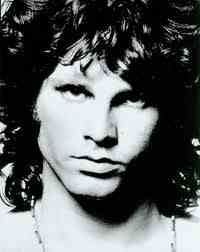 RONNIE JAMES DIO: (RONNIE AND THE PROPHETS, ELF, RAINBOW,
BLACK SABBATH, DIO, HEAVEN AND HELL)
In my opinion, he had one of the most impressive musical careers ever, spanning across six decades. (1958-2010) He started out looking James Dean-ish cute in a doo-wop band and ended up becoming a metal god. 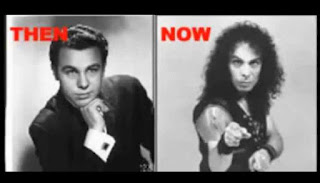 ...and because he's freakin' DIO, he so gets another pic. 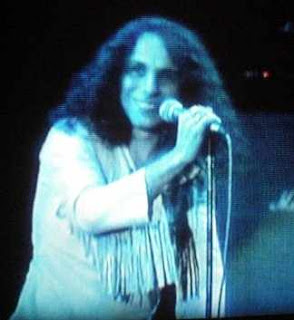 ::Sigh:: THAT SMILE!!!!
What rockers get your pulse pounding?
Anyway, I hope everyone has a good Monday and let us all have a good and productive week! My goal is to get 10K by Saturday. Daunting, I know.
Posted by Brooklyn Ann at 12:02 AM