Do you guys remember that book I was raving about a few weeks back? LORD AND LADY SPY by Shana Galen? Dude! Check it out! She's here today and has a copy to give away to one lucky reader! Squee! 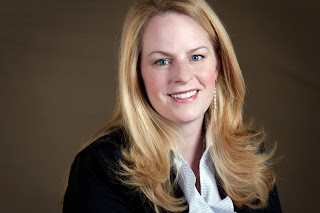 When Brooklyn Ann invited me to blog here and suggested this topic, I was really excited. I can’t believe I haven’t ever blogged on the blend of history and pop culture before. In fact, I was so excited to blog on it, I couldn’t concentrate on the proposal I’m writing and had to work on this blog instead.
First, some background. I think the reason asked me to blog on this topic is because my most recent novel, Lord and Lady Spy, is a Regency-set wink at the movie Mr. and Mrs. Smith starring Brad Pitt and Angelina Jolie. I say wink because the book and the movie don’t have much in common except the basic premise. Here’s a little about the book.

No man can outsmart him...

Lord Adrian Smythe may appear a perfectly boring gentleman, but he leads a thrilling life as one of England's most preeminent spies, an identity so clandestine even his wife is unaware of it. But he isn't the only one with secrets...


But one woman almost certainly can...

Now that the Napoleonic wars have come to an end, daring secret agent Lady Sophia Smythe can hardly bear the thought of returning home to her tedious husband. Until she discovers in the dark of night that he's not who she thinks he is after all...

The idea of taking a well-known premise, like Cinderella or Sleeping Beauty, and tweaking it into something different but familiar isn’t new at all. I’m sure you’ve read at least one book touted as a re-telling of a fairy tale. And we are always taking history and making it pop culture. Think of Bridget Jones’s Diary, a retelling of Jane Austen’s Pride and Prejudice, or Clueless, a re-telling of Austen’s Emma. And, although I wish I was the first to take pop culture and blend it with history, I’m not. I don’t know who the first was, but I do know Jenna Petersen did this years ago with her Lady Spies series which was an historical Charlie’s Angels.
But here is what I think makes blending pop culture and history so much fun, and why I think we’ll see more of it. 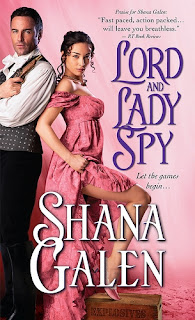 I want to thank Brooklyn Ann for asking me to blog today. And I’d love to give away a signed copy of Lord and Lady Spy to one person (open internationally) who comments today. Do you have a favorite story re-telling?
Bio
Shana Galen is the author of numerous fast-paced adventurous Regency historical romances, including the Rita-nominated Blackthorne’s Bride. Her books have been sold worldwide, including Japan, Brazil, Russia, Spain, Turkey, and the Netherlands, and have been featured in the Rhapsody and Doubleday Book Clubs. A former English teacher in ’s inner city, Shana now writes full time. She’s a wife, a mother, and an expert multi-tasker. She loves to hear from readers: visit her website at www.shanagalen.com or see what she’s up to daily on Facebook and twitter.