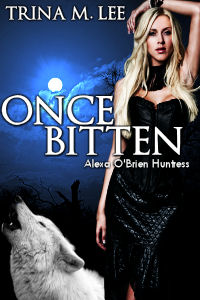 I’m a firm believer in monsters acting like...well...monsters! Sorry Edward, there is no such thing as a vegetarian vampire in my world. Neutering vampires makes me wonder why one would even bother to have a vampire character at all. Let me clarify here. A tortured vampire like Anne Rice’s Louis or Buffy’s Angel does have its appeal when done right. However, that kind of character gets old fast when it starts to become mainstream.
I think most of us can agree that when we think of the granddaddy of vampires we think Dracula. Dracula enjoyed every part of being a vampire. He loved the seduction of his prey, he didn’t guilt trip over the feed and I certainly didn’t see him pacing his castle halls in fits of remorse. He had a sexual quality that lent an air of romance to him but at the heart of it all, he was a monster and he acted like one.
That is how I see and write my own vampires. Sure they can be sexy. That’s what lures you in. Once they have you, they will devour you and don’t expect them to apologize. As a reader and a writer, I need a little monster in my man. Of course, characters need to be well developed. I don’t expect fictional vampires to be all kill and no thrill unless I’m reading horror. In urban fantasy or paranormal romance, I expect to see a vampire with emotion but I don’t expect that to mean he or she must be put on a leash.
I’ll use Buffy’s Spike as an example as well as the lead vampire in my Huntress series, Arys. Each of these sexy vamps feel genuine love. They stand up for what’s right and protect those in need because of the love they feel. But you will find them involved in shady dealings. They will slip down a dark alley to feast on some innocent, pretty little thing. And they won’t feel bad about it.
Some may argue that certain vampires, Edward and others like him, were written for young adults and therefore making him less of a monster in the traditional sense is ok. When I was 13, I was watching The Lost Boys and loving every gory minute of it. I got my hands on every vampire book I could find, my favorite being Vampire of the Mists by Christie Golden. I don’t believe the current trend of neutered vampires would ever have appealed to me and I’m a little saddened they are so popular right now.
It’s time to take back the night and those who dwell within it. It’s time to remind the world that vampires, werewolves and everything in between has only been what they are because they are creatures of darkness.
Once you change that, they cease to be what they once were. Are the Edwards of the world really vampires? Not to this girl.
Thanks so much to Brooklyn for asking me to post here. Any commenters will be entered to win an ebook copy of Huntress Book 1, Once Bitten. Happy Halloween!
Blurb for ONCE BITTEN: Alexa O’Brien, a werewolf with a powerful gift, spends her nights hunting fellow supernaturals. Despite how hard she fights it, she’s drawn to Arys, a vampire who awakens her dark side. What they create together is dangerous and it puts her at risk of losing more than her remaining humanity. She risks losing the one person who holds her heart.
Believing she can help clear his name, Alexa’s former lover and Alpha pack member draws her into a deadly situation. Alexa is forced to face long buried secrets about her past when the hunt for a serial killer reveals the painful truth that not everyone is who you think they are.
You can get the series HERE.
Thanks so much, Trina for coning here today! I LOVE the HUNTRESS Series! I'm on book 3 and totally hooked!
Posted by Brooklyn Ann at 6:00 AM