How Contemporaries Helped my Paranormals. 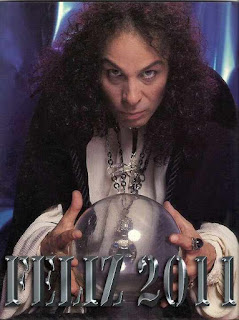 Now that I finished my contemporary romance, I'm working on revising the 1st two novels in my paranormal series and I gotta say, it's good to be back in that world. As much fun as I had with the contemporary, I really missed the magic, fangs, and otherworldly politics...not to mention the fictional worry free sex :) Seriously, you have no idea how frustrating it was to include condom use into the sensual flow.

But I gotta say I learned a lot from the experience. I made em into three "C"s because alliteration is sexy. :)

1.) Characterization: With no magic, fangs, or mystical chemistry, I really had to focus on not only making my characters unique, but also tapping deep into their psyches to make them real on the page.

2.) Conflict. Since there was no mystical prophecy involved, not to mention a lack of government conspiracies or crazy vampire cult leaders after the characters, I really focused on making every day problems affecting the romantic relationship.

3.) Communication: 1.) In my paranormals the characters can often communicate telepathically. One even speaks to a character through her dreams. In my contemporary the characters had to rely on phone and email. So to make things difficult I learned to add in believable 3rd party interference. i.e. The guy answering the phone at the recording studio says to the heroine, "Unless you're dying or giving birth to his baby, it's not an emergency."

2.) I did a lot of research on communication between men and women. THE FIVE LOVE LANGUAGES by Gary Chapman was awesome for this. I also talked with a counselor and one of the most useful things she said was "People often tend to 'assign' feelings to the other person." This was very useful. Hopefully I'll get a counselor to do a guest post on the subject.

Now that I'm back to work on AN IRONIC SACRIFICE, I'm seeing how all these things can make the story richer. I'm also realizing that it may be the best book I've written and I'm awed at how easy it's been so far to identify its problems and work out the solutions. I think my brief sojourn into another genre is responsible...as well as the priceless feedback from my awesome beta readers.

How many of you have dabbled in another genre? What did the experience teach you?