Aand here's a summary of the last two days of the conference!

More workshops and seeing awesome people. Bonus: I got to hang out with Beverly Jenkins in the smoking area and didn't embarrass myself fan-girling.

I also had dinner with my Boroughs editor and aside from my release schedule, we talked a lot about Game of Thrones.

But the real highlight of the day was that both of my publishers had their parties back to back. Okay, technically their dinners were at the same time, but luckily Boroughs had a fun meet and greet. They had me come in early because they're making a video about us authors, so I experienced my first time in front of a camera. I'll share the video when they finish it. 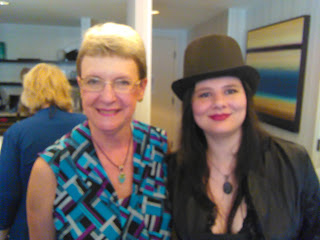 Me with Emily Mims

I got to socialize with everyone and get pics with my fellow authors as well as my editor and publisher before I had to go to the Sourcebooks dinner.

First we met in the lobby and I had to take a picture of Shana Galen looking FABULOUS! She's so elegant, I'm so envious. 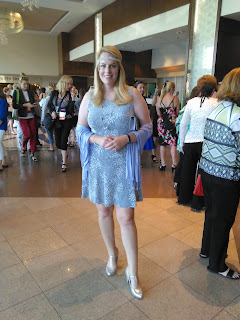 Then we took a shuttle to Coronodo where we went to this amazing restaurant called Il Fornaio, where we were treated to a 6 course meal of decadence. The calamari, holy sh*t! They gifted us with monogrammed shawls, except for M. L. Buchman, he got a tie. And there were fireworks and I got to sit with Theresa Romain, Shana Galen, Amy Sandas, Amanda Forester, and Caridad Pineiro! It was all so elegant and awesome and I felt so spoiled! 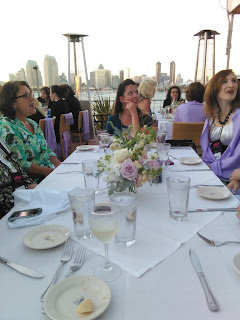 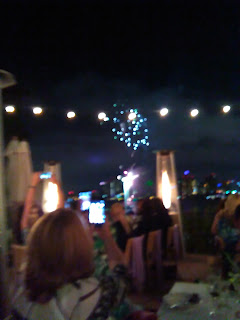 First up was the Sourcebooks signing. Holy wow! It was the most successful signing I've ever been a part of. I had people lining up to get copies and I also scored a ton of books from my fellow Sourcebooks authors. 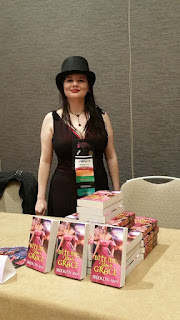 I did make it to another workshop, but I skipped a ton to talk with authors I admired. M.L. Buchman eased my guilt about this by pointing out that much of a convention takes place in the halls. And he was right because I learned a lot and made new friends.

The evening was dedicated to the RITA ceremony. This is like the OSCARS for romance authors. I sat with some Boroughs authors and others and made even more friends.

As I told my boyfriend, the RITA is even bigger than the Oscar. It's a big gold lady with a book on a huge base and it's really shiny and... I WANT ONE! 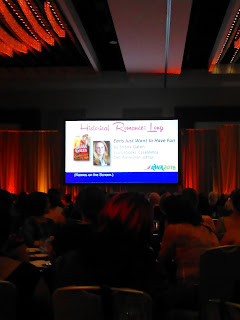 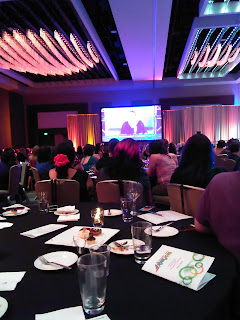 Apparently there were a ton of fun parties afterwards, but Terry and I had to go to bed early to catch our planes.

After getting up at the crack of dawn, Terry's friend took us to the airport.

Now it's time for me to act like a giddy little kid. This is only the second time in my adult life that I've flown. Last time I didn't get a window seat, but this time I did and took some pics.