FORSAKEN BY THE OTHERS BLOG TOUR Stop 6: Sex, Humor, and Rock’n… I Mean, Urban Fantasy: By Jess Haines

Hello there!  Jess Haines here.  I’m the author of the H&W Investigations series—urban fantasy novels about Shiarra Waynest, a human private investigator in an alternate, present-day New York. Somehow she keeps getting pulled into supernatural troubles way above her pay grade…

One of the things I love about urban fantasy is that you can be as serious or un-serious as you want—it all has its place.

Thrane didn’t answer him. I squinted my eyes open as Leewan grumbled under his breath, taking the steps with a gait so jarring, my teeth were rattling. He glanced down at me as I groaned, giving me a fangy grin.
“Wake-y, wake-y!”
I gave him the most irritated glare I could muster under the circumstances. “Anyone ever tell you you’re an asshole?”
He shrugged and dropped me. I wasn’t expecting it and voiced a little shriek that cut off as soon as my butt hit the couch, some of the air knocked out of me as my spine connected with the arm. Owww.
“Every day, but for you, I’ve trotted out an extra side of—”
“Leewan!”
Leewan looked up, frowning, then abruptly skittered out of Thrane’s way with inhuman speed, giving the other vampire room to place Sara with a little more care on the cushions next to me. She was still out like a light. Thrane dusted his hands off and glanced at me.
“Normally I don’t care much for anyone who threatens me and mine, but seeing as you got attacked by zombies on my doorstep, I figured I’d offer you two a hand.”
“Yeah, right, Jimmy. You’re just hoping the blonde will give you her number.”
Thrane glared at Mac, but didn’t dispute it. He turned back to me. “The gang knows they’re not allowed to eat you. I’m going out. You can stay here until your partner wakes up. Bathroom’s over there if you want to clean up.” He hooked a thumb in the direction of a door with chipped, peeling paint and a black and yellow “Caution: Hazardous Area, Authorized Personnel Only” sign tacked on.
Some of the other vampires got off the couches and floor cushions to follow Thrane out of the basement and into the night. He started belting out Panic Switch by the Silversun Pickups once he reached the top of the stairs, spreading his arms wide and tilting his head back like he was howling the song to the heavens.
Half of the ones following him soon picked up the song, too, the pack of singing vampires disappearing into the night, the sound not quite fading entirely as the door slammed shut behind them.
I wondered if maybe I was dreaming. Really weird dreams as a result of the mage’s dark magic or something.

I love my vampires. Even when they’re incredibly weird.

Adding a touch of the ridiculous, a la HITCHHIKER’S GUIDE TO THE GALAXY, is only one of the aspects of writing urban fantasy that I adore. Of course, there’s also the gratuitous sexy vampires:

His gaze drew me in next. Clyde’s eyes were… well, cliché as it sounds, a smoldering, dark blue. Come-hither eyes. Eyes deep enough to drown in. I remembered at the last second to look away, and, much like whenever David Bowie came on screen in Labyrinth, soon found myself staring at what was obviously framed by his too-tight pants and the tails of the shirt he hadn’t bothered to button.
“Mr. Seabreeze,” Sara said, and with far more grace than I could possibly have mustered, “it’s a pleasure to finally meet you.”
“Oh, no, the pleasure is all mine.”
The two of them were very cool and polite with each other considering he looked like he’d walked off the set of some romance novel photo shoot. I debated opening my mouth, but the words package and balls were dangerously close to the tip of my tongue. Instead, I mutely offered my hand when he approached to give us both a polite, welcoming handshake. I imagine my vow of silence was probably for the best—for all of us.

For the next stop on the blog tour, be sure to visit the official FORSAKEN BY THE OTHERS blog tour calendar (link: http://jesshaines.com/blog/?p=2210)!

You can also visit me on the web: 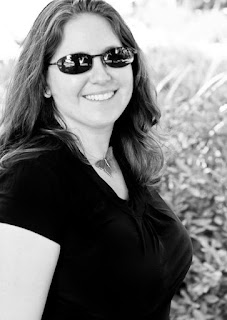 Thanks again for having me, Brooklyn Ann!

a Rafflecopter giveaway
Forsaken by the Others Book Description:

The Others–vampires, werewolves, things that go chomp in the night–don’t just live in nightmares anymore. They’ve joined with the mortal world. And for private investigator Shiarra Waynest, that means mayhem…
Have a one night stand with a vampire, and you can end up paying for it for eternity. P.I. Shiarra Waynest, an expert on the Others, knows that better than most. Yet here she is, waking up beside charismatic vamp Alec Royce with an aching head…and neck. Luckily, Shia has the perfect excuse for getting out of town–namely, a couple of irate East Coast werewolf packs who’d like to turn her into a chew toy.
On Royce’s suggestion, Shia temporarily relocates to Los Angeles. But something is rotten–literally–in the state of California, where local vampires are being attacked by zombies. Who could be powerful enough to control them–and reckless enough to target the immortal? Following the trail will lead Shia to a terrifying truth, and to an ancient enemy with a personal grudge…