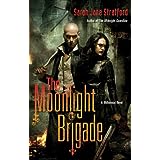 Truth really is stranger than fiction – you don't need to be a history geek like me to discover that. When I started writing vampires into real historical events, part of my interest was in making fiction stranger than truth. Beyond that, I wanted to explore the essence of humanity, especially when put to the worst sort of test, and for me that meant working with characters who weren't really human and setting them in the midst of World War II.
The madness and monstrosity of the time easily lends itself to the addition of real "monsters" – although juxtaposed against the Nazis, the vampires prove themselves more truly human. I wanted to be mindful, however, and not seem to be disrespectful or detract from the real accomplishments of the humans who resisted and fought the Nazis. Incorporating vampires both allowed me to play with fantasy elements such as elaborate attacks and escapes, but of course also set interesting boundaries, such as having to stay out of the sun. Millennials – vampires who are over 1000 years old – are much harder to kill, but they still have to be careful. This was especially fun when traveling to a sunny climate like Italy.
In the first book, The Midnight Guardian, I folded in a few real historical facts, but for The Moonlight Brigade, I went a bit more wild. Part of that is thanks to the hero, Mors. He's a wild character – the ultimate devil-may-care type – that far from being cautious about altering the course of human events, as a vampire ought to be, he'd launch himself right into the middle. You can't blame him, really. He's been around 2000 years and was general in the late Roman republic. He's not the sort to enjoy the quiet life.
As a young vampire, he stirs up fears in Rome that help spur the rise of Julius Caesar and the empire. There are a lot of reasons why the republic came apart, but historically we know that fear presages autocracy, so it stood to reason that one of those fears was vampires. The irony, of course was that the vampires didn't go away when Caesar became emperor.
It was also fun and easy to fold Mors into events like the Roman invasion of Britain – the place he would later call home; and the eighth-century siege of Constantinople. He was a natural fit in major events.
During World War II, he could still be brazen, but it was important that – while he's a consummate joker – he is serious as he assists the Allies in his own unique manner. I was very excited to give him the opportunity to interact with Mussolini at one point, even though the setting itself was of course fictional.
My absolute favorite blend of historical fact and the paranormal in The Moonlight Brigade came when Mors encountered Giulia, the leader of a small band of partisans. Although it's not one of the biggest stories of the war, many of the Italian partisans were women. Mussolini was very rigid about gender roles, which meant that a lot of women spent much of their time at home. Which gave them time to organize. While the partisan movement was not hugely active until after the Germans had taken over northern Italy in 1943, I saw no reason not to insert an Italian resistance to Fascism prior to that. Mors, ever the general, was eager to shape this resistance into an underground army – and they were just as eager to become that army. There are many photos of Italian women toting guns and living rough as they fought alongside men to liberate Italy. I found these photos highly inspiring as Mors and Giulia worked together. They prepare for the real invasion of Sicily…which took place at dawn.
The biggest and most exciting challenge with these books is the balance. My goal is always to be respectful of the real history and true to the fictional characters. It's those characters and their story which come first, so that sometimes absolute historical accuracy must give way (aside from the inaccuracy of there being vampires at all, of course – minor detail). I like to think that all my former history teachers understand.
Posted by Brooklyn Ann at 6:00 AM