I'm not in a really "bloggy" mood today, but I totally wanted to share the good news! If you'd care to take a peek at my progress bar on the right, you'll see that I completed the second draft of WRENCHING FATE!!!! W00000T!

This is a bigger deal than usual because this book has quite a history. I started it nine years ago...that's right, nine years ago. Then in 2008 when I got back into writing, I finished it, called it BLOOD PROPHECY and began querying it too soon. Needless to say, it didn't get anywhere. But I learned a lot from the experience, though not enough at the time. I revised it a kajillion times and still tried querying it until I finally realized it was so broken it would take a major overhaul to fix it. So I trunked BLOOD PROPHECY and wrote something completely different. That something different got me an agent, but I couldn't get the characters from my other project out of my head.

Finally I decided on a compromise. Seven years ago I had started a novel that began with a bang...and then I got stuck. This novel was AN IRONIC SACRIFICE and it was to be the sequel. I dug it out, intending it to be a stand-alone. I managed to finish it, but it still had too many elements of a sequel. So I resigned myself to overhauling book 1. I changed it so much that it needed a new title. And that's how WRENCHING FATE was born.

I gotta shout out my thanks to those who helped me along the way.

First to Jamie De Bree who gave a valiant attempt to read BLOOD PROPHECY. By chapter 5 she said, "I quit reading here" and thus showed me that the book was broken.

And thanks to Erica Chapman and Rissa Watkins for slogging through that awful draft and showing me what was salvageable and what had to be cut.

Finally thanks to Monique, Anahi, Millie, and Dana for reading the first draft of WRENCHING FATE and providing much encouraging feedback. And a huge hug to Danae Ayusso for hooking me up with these lovely ladies!

And now, for our viewing pleasure, here's some topless pics of Johhny Depp! 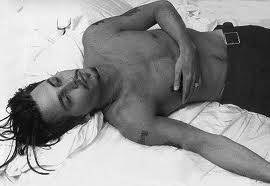 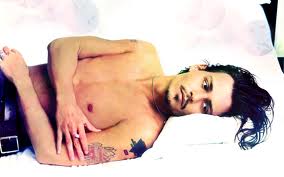 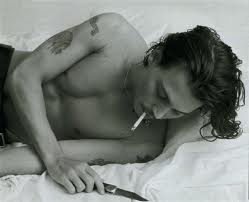