The Trouble with Rock Stars 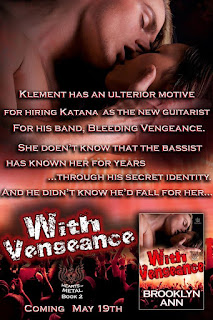 I’ve been asked why rock stars make good romance heroes, but the truth is, they’re not. So why did I choose to write about them? Because they’re challenging!

Successful musicians are on the road constantly, whether they’re on tour, heading to the recording studio, recording music videos, attending award ceremonies, etc. That leaves little time for a relationship. Other challenges include rampant drug use in the industry and the constant temptation of fans that throw themselves at band members.

In the first two books in my Hearts of Metal series, I solve the first issue by having my heroines working alongside the heroes as part of the band. You’ll have to wait and see how I solve that in book 3. The other two issues demanded careful handling, and again, you’ll have to read to find out how I resolved them.

Another constant challenge is handling the gender dynamics. The Heavy Metal world is mostly male dominated, so my heroines have to overcome sexist assumptions and prove themselves worthy of being one of the guys.

Challenges aside, rock stars are a delight to work with. Aside from their larger than life personas, a man carrying a guitar is a sort of aphrodisiac. Music has always been a great passion of mine and I am overjoyed to explore that love on the page.

My next book, WITH VENGEANCE, features the heroine, Katana James who faces the daunting task of filling the shoes of the revered guitarist of Bleeding Vengeance, who died in the last book, KISSING VICIOUS. Other struggles include her growing attraction to the bassist, Klement Burke who has a secret identity. Also she must contend with a mysterious, malevolent stalker.
Posted by Brooklyn Ann at 12:57 PM