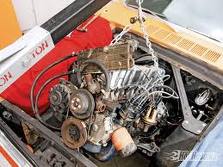 Back in 2008 when I decided to take my writing seriously, I completed a manuscript titled BLOOD PROPHECY. It was to be the first in a series involving vampires, psychics, sorcerers, and other awesome supernatural beings of my own creation that would culminate in a bitchin' War of The Worlds type awesomeness. And each book would have its own love story.

BLOOD PROPHECY garnered a few requests from agents and even a publisher, but ultimately failed. By the time I was resigned to that, however, I had finally become internet savvy and made some priceless writerly friends. I shelved it and wrote BITE ME, YOUR GRACE and had success. But my previous story kept haunting me. Thanks to my awesome writer buddies, who were willing to endure the disjointed and full of suckiness BLOOD PROPHECY, I have discovered what is broken and what is missing.

One main issue was that there was too much prophecy and not enough blood. But what was worse was that the romance took the backseat and let the subplots take over.
The problems were so intensive that I couldn't see the story for the book.

So here's what I did:

I opened up a blank document and I keep it open next to the original draft. I have then pasted in the scenes I will keep.

Then I am writing new improved scenes to fill in the gaps and keep the story going where it's supposed to. When I have no inspiration for a scene I work on other issues with the existing text. These issues are:

1.) Pronouns: I have abused them excessively in this manuscript for some reason.

2.) Dialogue tags: The talking heads are at it again!

3.) Setting/ descriptions: These characters are in a white room too many times.

4.) Chemistry/ romance: I need to turn the heat up big time.

With these improvements my new novel, WRENCHING FATE is being built.

How about you, dear readers and writers? Have you ever had a broken manuscript that you longed to resurrect? What did you do to fix it? Any tips for me in this scary journey?
Posted by Brooklyn Ann at 11:26 AM