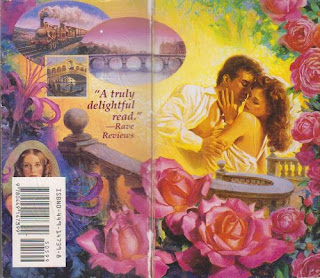 Anyone remember the old "bodice rippers" of the 70's and 80's? It seemed that there was a rape scene guaranteed  in almost every one. I've read some particularly horrible ones in my lifetime. One of the worst in my memory is that the hero brutally raped the heroine and then dipped his signet ring in her virgin blood and stamped his "mark" on the sheets for some other guy to see. Yikes!!! Squick!


It is now practically universally agreed in the romance community that it is wrong for the hero to rape the heroine. But the issue still raises debates to this day of why those books featured rape so frequently in the first place. Google "rape in romance novels" The theories are fascinating.


Notice, though that I titled the post "Coerced Seduction." Why? Because in my research for this blog I did not run across a clear definition separating forced seduction from rape. One post stated, "use of the word 'force' indicates that is IS rape." Ah, semantics. So I made up my own term.


"Coerced Seduction," in my opinion is anything from flat out blackmail: "Sleep with me and I will give you this" to the whole "no, no, no, YES!" scenario. (I always picture the scene from SPACEBALLS with Dark Helmet playing with his action figures with this one.)


But are these scenarios "okay?" My answer: It all depends on how they are written. Do the characters learn and grow from these experiences, or was it thrown in there to show that the hero is "Alpha" and the heroine just takes it? Women do want to be seduced, and don't want a wimpy guy who stammers as he asks to kiss her on the cheek. There is something flattering about a guy so consumed with passion that he "couldn't help himself." My (now ex) husband actually said that before our first kiss (the "I can't help myself," not the "consumed with passion" bit.) But that was just a kiss. If he'd thrown me on the ground and ripped my clothes off, not only would we not have gotten married, but he'd likely be maimed and in prison.


What inspired this discussion is a misunderstanding between my characters in my current project*. I won't get too detailed here, but the basics are that they hopped into bed together right away (there was a misunderstanding there too) and when a side character hears about it she brings up the question as to whether or not the hero would have raped the heroine if she had said, "no." Don't worry, dear reader, he wouldn't have. I think the point I made was that if you hop into bed with someone you just met, the potential for disastrous misunderstanding is epic.

* That novel is IRONIC SACRIFICE.

Also, what defines the hero being too "forceful" or "coercive" in his seduction? It's not like good sex, in romance novels or real life is planned. How many sexual encounters have you had where the partner actually asks, "please may I make love to you?" (I do have the hero say that in this novel after they hash out the misunderstanding.)

Side note: When looking for an image for this post featuring a lady who appeared reluctant, I came across this one: 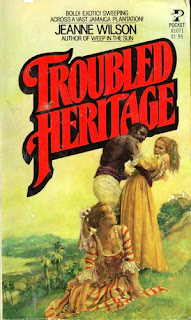