Saturday was the day of the Giant book fair. Holy Literacy, Batman! There were a ton of people! I'd forgotten to bring a bag for the books and shirts I got, which turned out to be a huge mistake. The lady at the checkout said that I could just take my purchases back to my room and come back with a bag. Nope, didn't work. By the time I made it back, the fair was open to the public and there were lines of hundreds of people stretching out through the entire floor of the hotel. I can't handle crowds, so I popped a Xanax and fled with my tail between my legs... which turned out to be a good idea because apparently things got so packed that those who got in couldn't get out. I heard that the signing made the Guinness Book of World Records.

At least I got to get books from Ashlyn Chase and Kresley Cole. So I got my book collection boxed and mailed home, then I soaked in a warm bath and dressed up for the evening. By the time Jess escaped the mobbed signing (I think she sold out all her books) we were famished. We finally got to go to Oceana's, a place she'd been raving about since I arrived.

Our server was like the coolest guy ever. For an appetizer, we split an order of BBQ shrimp. Holy hell, check out the size of those things!!! 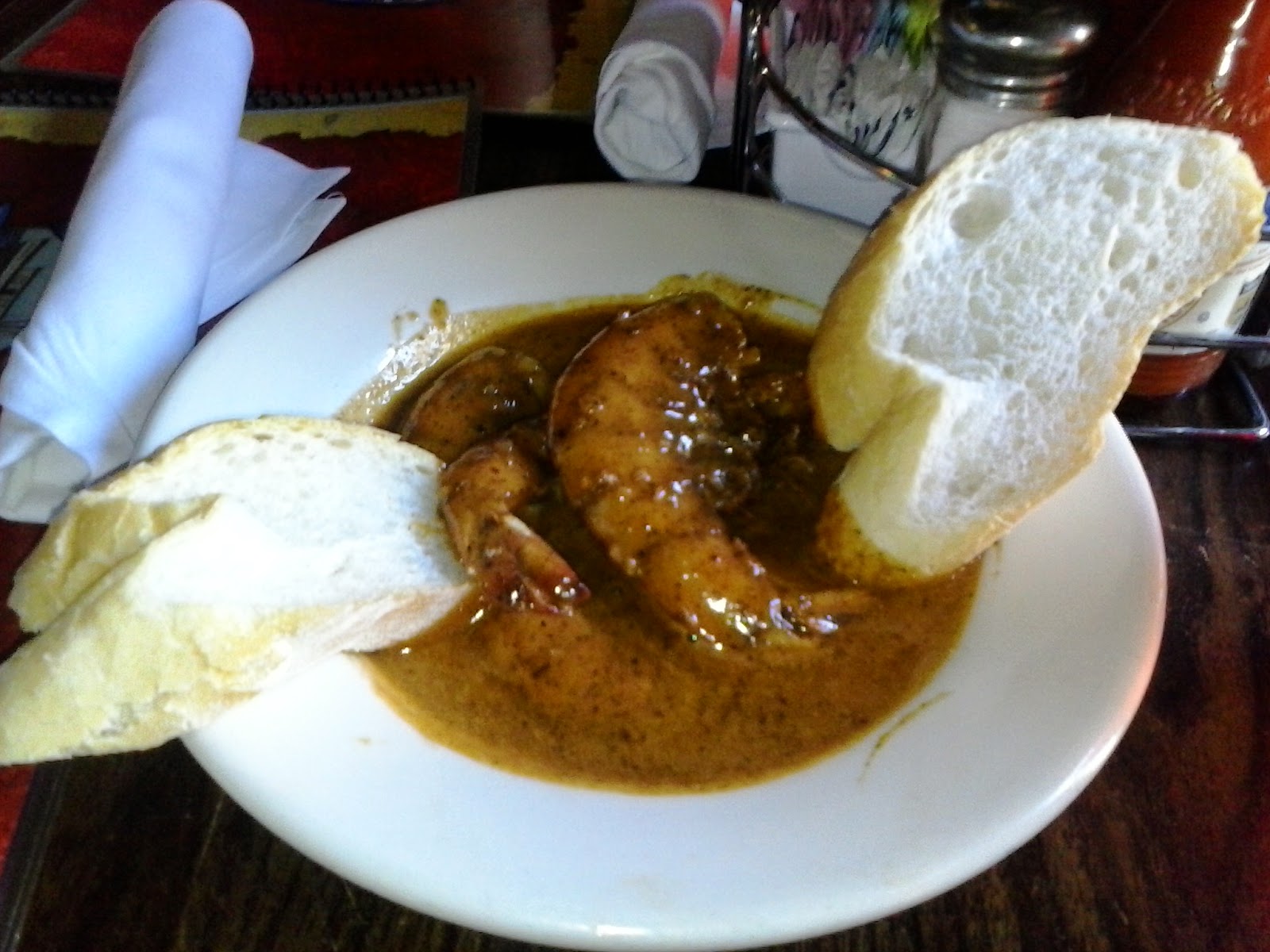 Then I had red fish covered in creamy crawfish sauce. I didn't get a picture because I fell upon it like a ravening beast.
Our server was also a bad influence. He talked us into getting drinks. I had my 1st Hurricane and Jess got this crazy yum Bananas Foster cocktail. 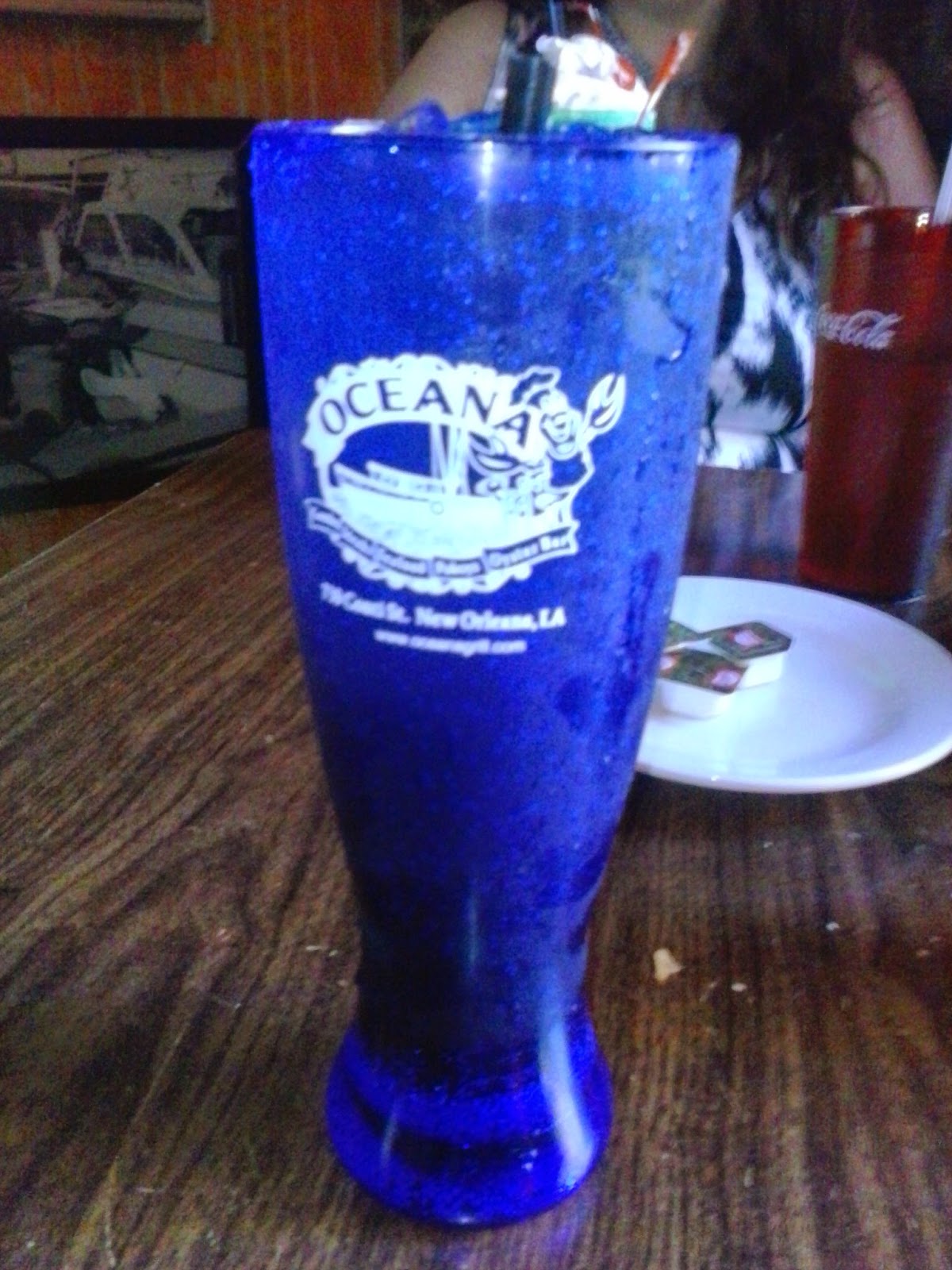 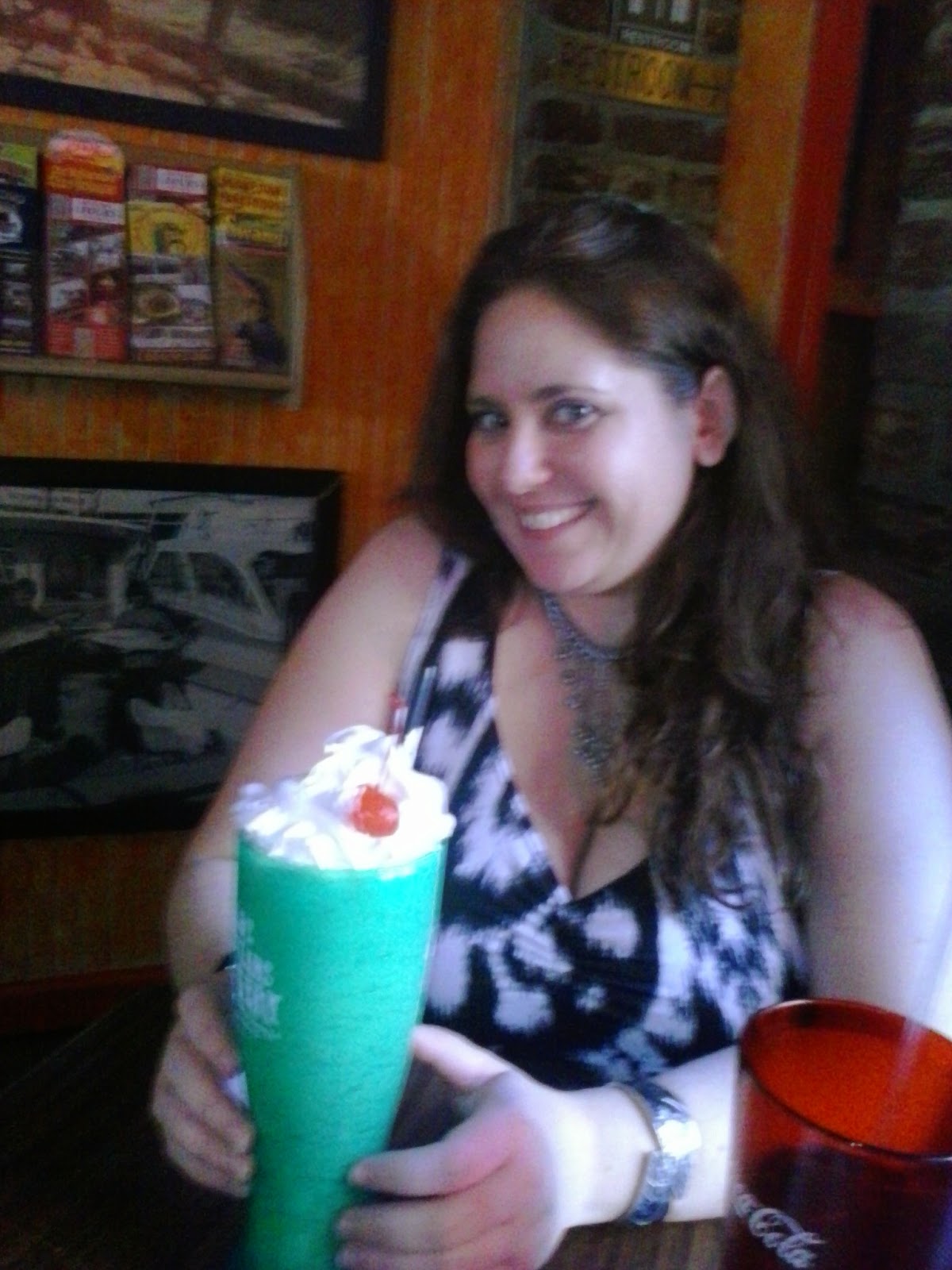 So I was a little giddy when we showed up at the private party that my publisher, Sourcebooks threw. There were drinks there too. I got permission to bring crashers. I had to show my editor, Deb Werksman, the cover of the anthology Jess wrote for: "The Real Werewives of Vampire County." She loved it. I also got to talk with Deb and my associate editor, Susie Benton, about book 3 in my Scandals with Bite series. This is Rafe's book. Rrrrrrrow!
I also bounced around and chatted with Ashlyn Chase, whom I'd been dying to meet in person and introduce to Jess, as well as Terry Spear, Elizabeth Staab, and others.

Sourcebooks also made cool placards with our book covers! Here's mine and I totally took it home and will set it at my table for my first book signing. 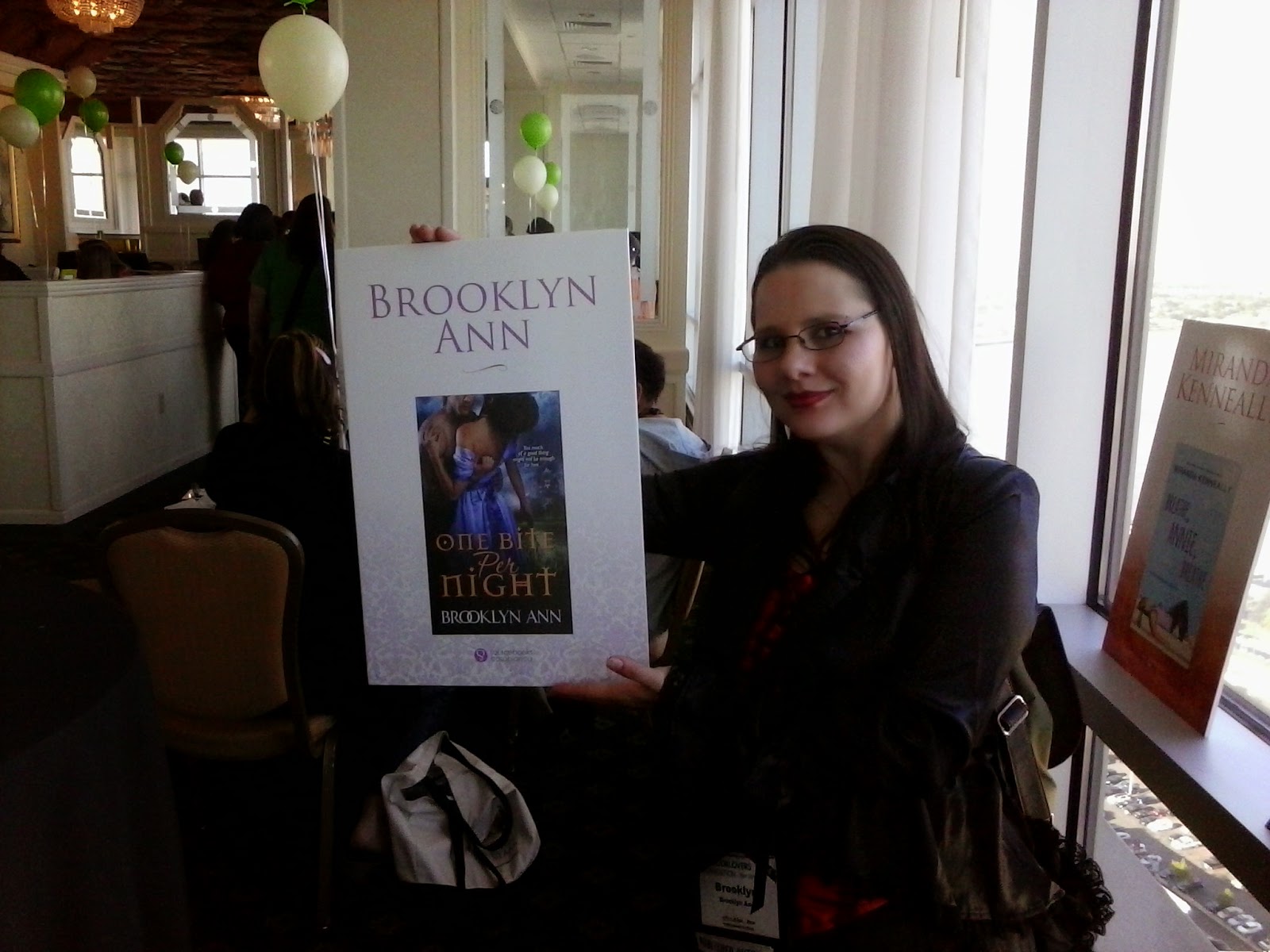 The party wrapped up quicker than I would have liked, but we had another one to go to: the Fantastic Day Party. There were more free books. I picked up DUKE AT MIDNIGHT by Elizabeth Hoyt and OMG, it's like a Regency Batman! And apparently there are a ton more books in the series. So while I was jumping up and down to my new friends saying, "OMG, REGENCY BATMAN!" They nodded then pointed at another table. "Oh yeah? OCD Werewolf!"
And that's how I was introduced to the fabulous Shawntelle Madison.

I was then delighted to meet Dorothy Shaw and Kimberly from Book Obsessed Chicks, and Joy from Joyfully Reviewed, who thankfully wore bunny ears so I could recognize her. I took pictures with all  them and we talked books until we were dying on our feet. 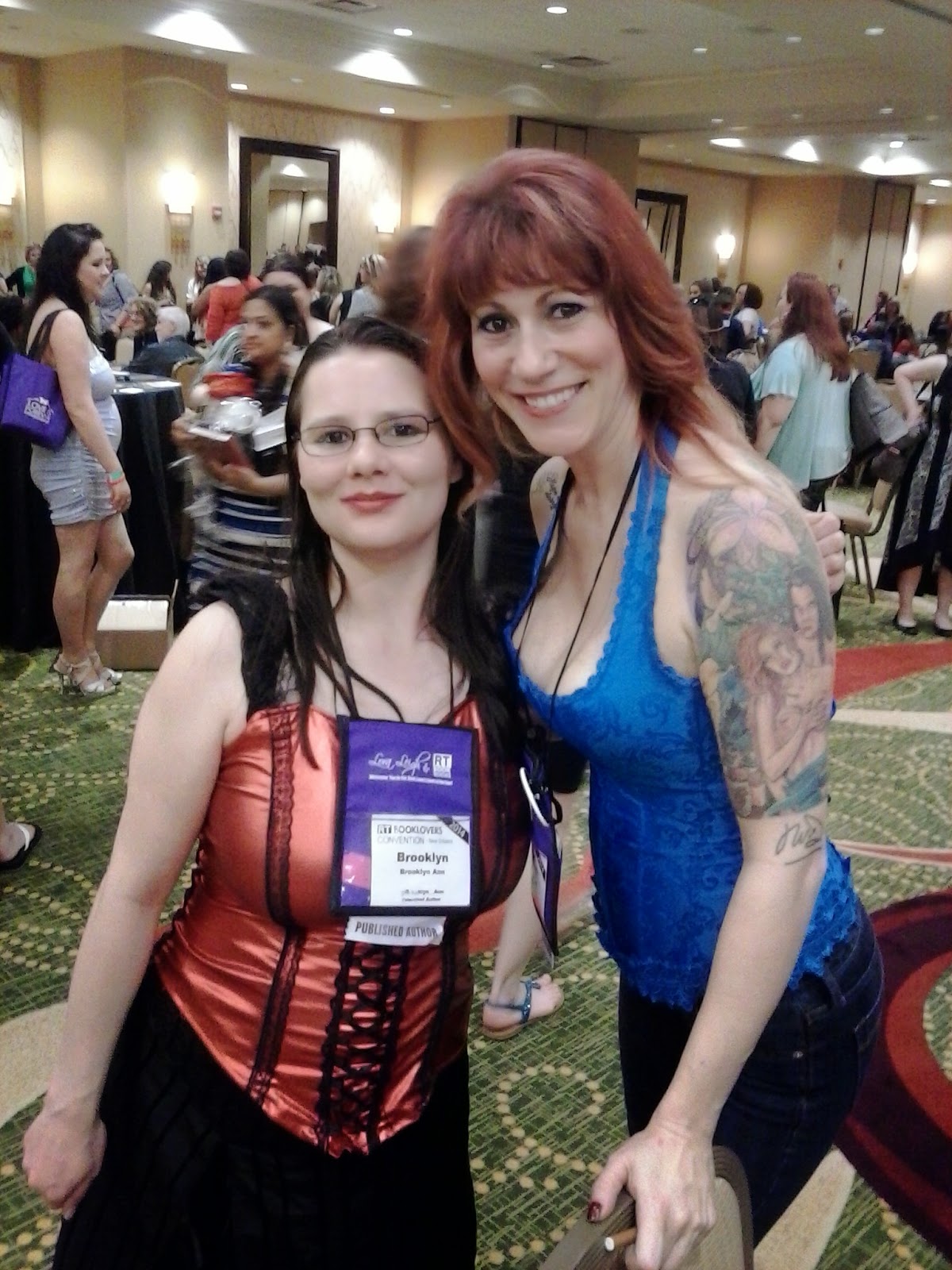 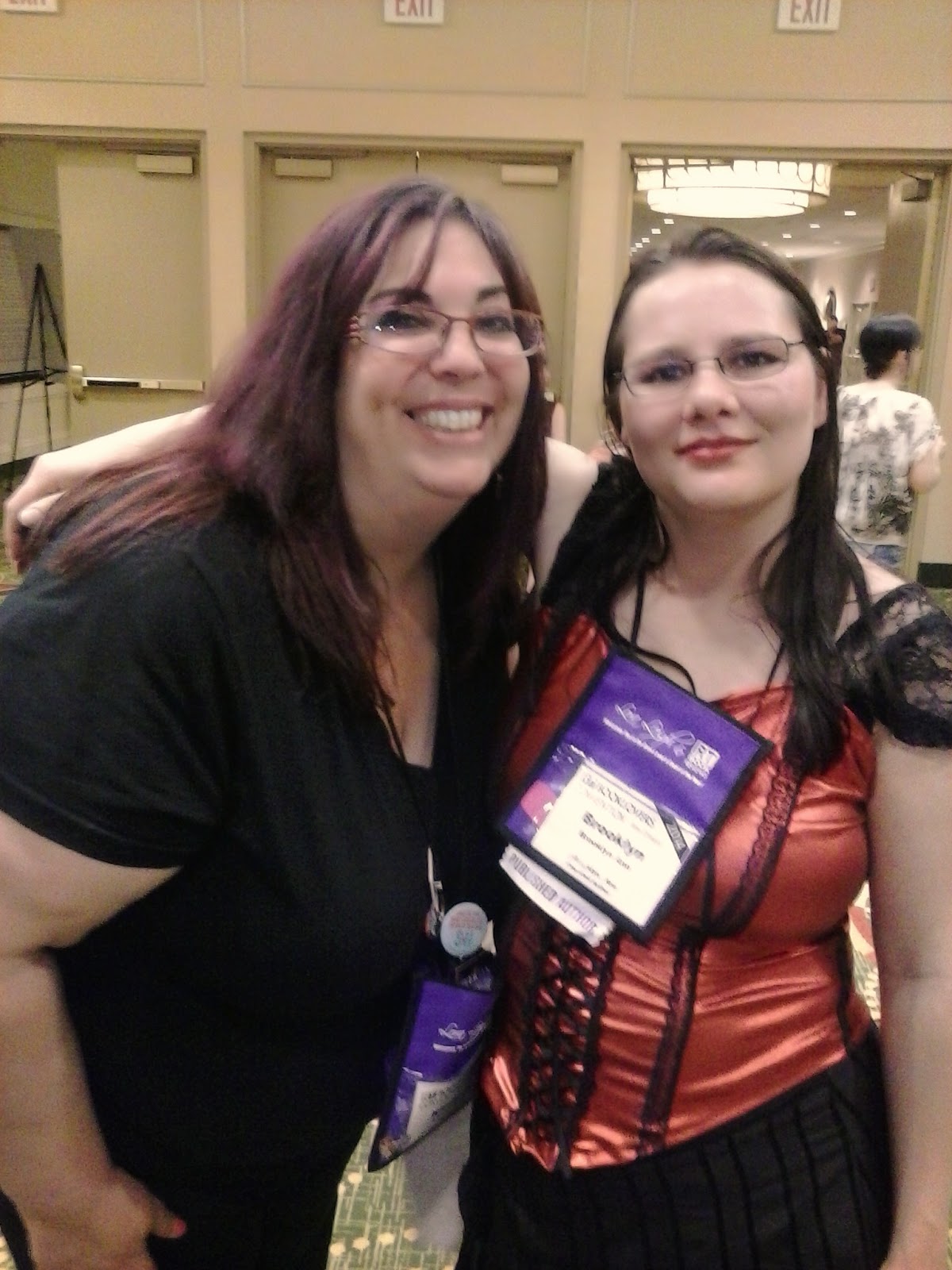 Jess and I then took off and considered going to the Harlequin party but we were starving and tired so we went to Popeye's, which I'd never had before. I decided that I like KFC a bit better but Popeye's had superior biscuits.

Then we went straight to bed because I had to catch the airport shuttle at 4:55 AM.
Posted by Brooklyn Ann at 8:44 PM