The 1st book vs. the sequel 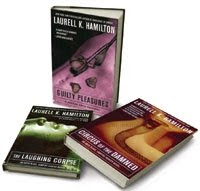 I recently read a blog post in which the author said that the first book in a series is always better. I'm inclined to disagree. I enjoyed Lover Eternal better than Dark Lover, and The Laughing Corpse more than Guilty Pleasures.
However, compared to Pillars of the Earth, World Without End (though still an awesome novel) fell flat. Kitty and the Midnight Hour was a teensy bit better than Kitty Goes to Washington. And The Drawing of the Three was so different from The Gunslinger that one can't make a comparison.
What makes a first book superior to its sequel, or vice-versa?
I have a few theories for each circumstance:
1st book is better because:
1.) The book was intended as a stand-alone, but publishers or maybe readers demanded a sequel.
2.) The book was hoped to be part of a series, but the author was afraid things wouldn't pan out, so twisted it into stand-alone status so much that series world/character building was shunted aside too much for subsequent books to have a good impact.
2nd book is better because:
1.) The author was so focused on world-building that the 1st book was an info dump.
2.) Author was still a virgin-writer for the 1st book and his/her story telling skills have improved.
What are your thoughts?
Posted by Brooklyn Ann at 2:25 PM