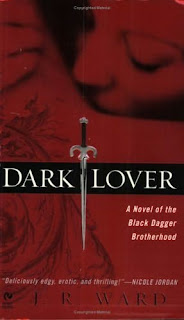 Many of my favorite novels are part of a series, and I'm willing to bet that is the case with many people. A lot of naturally want to write a series of our own because we love to read them, and because one's characters keep having adventures. Writing a series, however is a whole new animal compared to a stand-alone project. Especially with a romance series, since there must be a stand-alone love story in every installment.
One of the biggest issues, in my opinion is blending the stand-alone story with the continuing story of the series. In my first novel, I botched this badly. However, I still think that the story and characters are awesome, so I have passed it on to my Saintly beta readers in a bid to fix it. In the meantime I am composing an outline of the series itself, and then I will write mini outlines of the individual books in hopes of discovering which key points can be emphasized in which books.
One of the leading geniuses of blending individual love stories with a continuing saga is J.R. Ward with her Black Dagger Brotherhood novels. The romance unfolds naturally amidst the backdrop of the brutal war the Brotherhood fights. Future characters are introduced to the reader smoothly, and often teasingly.
Another team of authors, not as well known, that do a great job with a series are Stella and Audra Price. Their Eververse series is like the ultimate guilty pleasure soap opera. The reader eavesdrops on multiple characters with multiple plots that build and unfold throughout each consecutive novel.
What are some of your favorite series? What do the authors do that "Works," in your opinion.
Posted by Brooklyn Ann at 11:25 AM