I've always had a thing for a well written anti-hero. One of my first crushes was on Raistlin Majere, an archmage in the Dragonlance novels who began as a neutral character, but steadily grew more evil until the very end, when he sacrificed himself to save the world. I love Professor Snape, but he had nothing on Raistlin.

The current hero I'm working on is a nice one, albeit a little autocratic at times. He was a relief after my last character, whom I'm not certain was exactly an anti-hero, but he was quite evil at times. Still, amidst all the sweetness of this project, I needed to take a break and read something dark.

I read THE DARK PATH by Luke Romyn and loved it. Vain was an anti-hero to beat all. This wasn't a romance, I warn you, but if you like a good dark supernatural thriller once in awhile like I do, this is a definite must-read. 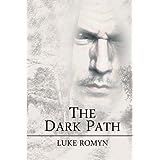 Reading such a good anti-hero reminded me of others I fell in love with. Other favorites include Zarek from Sherrilyn Kenyon's Dark Hunter series. His book, DANCE WITH THE DEVIL, brought me to tears.

Another favorite would be Rhevenge, from JR Ward's Black Dagger Brotherhood novels. I'd been intrigued with him since he made his appearance in the 2nd book as the owner of a nightclub, drug lord, and pimp. There could be no saving grace there...but there was when he finally got his story in LOVER AVENGED. 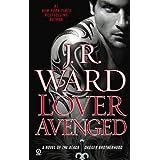 So while noble heroes are all well and good, hell, I'm jealous of my heroine because I've fallen in love with my current one, there's just something about a bad boy.
One of my crit partners is still talking about my last one, Razvan Nicolae. When she read my first book, she kept commenting, I HATE HIM! But when she read the second book, she was all I LOVE HIM! ::sigh:: I done good there, apparently. In my next book, he'll be reunited with his long lost twin. My friend's been asking me for hints and all I can say is a snatch of conversation I hear where one of my characters says to Razvan, "I thought you were the evil twin!" Ooooh, he's gonna be so much fun! 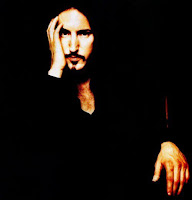 The thing about anti-heroes is that they can be hard to write. There's such a fine line between wicked and repulsive. Redeeming them is also a struggle because it must be believable and suitably heart-wrenching.

What anti-heroes have snared your heart? What struggles and triumphs have you encountered with writing them?
Posted by Brooklyn Ann at 11:38 AM